A Time of Sifting by Paul Peucker

A Time of Sifting: Mystical Marriage and the Crisis of Moravian Piety in the Eighteenth Century (paperback edition)

At the end of the 1740s, the Moravians, a young and rapidly expanding radical-Pietist movement, experienced a crisis soon labeled the Sifting Time. As Moravian leaders attempted to lead the church away from the abuses of the crisis, they also tried to erase the memory of this controversial and embarrassing period. Archival records were systematically destroyed, and official histories of the church only dealt with this period in general terms. It is not surprising that the Sifting Time became both a taboo and an enigma in Moravian historiography. In “A Time of Sifting,” Paul Peucker provides the first book-length, in-depth look at the Sifting Time and argues that it did not consist of an extreme form of blood-and-wounds devotion, as is often assumed. Rather, the Sifting Time occurred when Moravians began to believe that the union with Christ could be experienced not only during marital intercourse but during extramarital sex as well. Peucker shows how these events were the logical consequence of Moravian teachings from previous years. As the nature of the crisis became evident, church leaders urged the members to revert to their earlier devotion of the blood and wounds of Christ. By returning to this earlier phase, the Moravians lost their dynamic character and became more conservative. It was at this moment that the radical-Pietist Moravians of the first half of the eighteenth century reinvented themselves as a noncontroversial evangelical denomination.

Your Country United States (US) 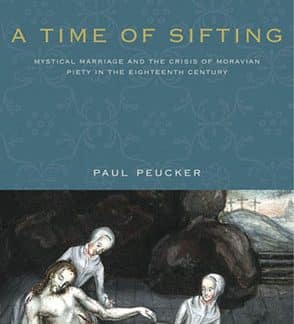 You're viewing: A Time of Sifting by Paul Peucker $24.95
Add to cart